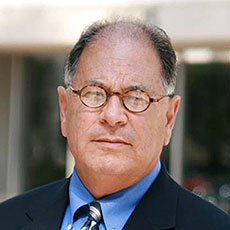 Mr. Martinez has held senior positions as Chief Executive Officer, Chief Financial Officer and Treasurer of several publicly traded companies. He has served as a board member for both public and private companies and has an extensive background as an investment banker and venture capital partner. Mr. Martinez was the co-founder and Chief Executive Officer of Centaur Partners, a Silicon Valley-based investment bank and was a Venture Partner with Osprey Ventures a Palo Alto based Venture Capital Firm. Prior to his move to Palo Alto, Mr. Martinez co-founded and served as the President and head of the investment banking division of a full service regional investment banking firm which was sold successfully to a subsidiary of an online brokerage firm. Prior to the formation of the investment bank he started the technology investment banking group for the middle market division of Citigroup. The investment banking experience has provided Mr. Martinez with a global perspective on all aspects of capital formation, funding and investments having traveled and engaged clients in Asia, Latin America, and Europe. Before his investment banking career Mr. Martinez was an executive with Xerox, IBM, and a variety of high technology start-up companies in the Silicon Valley that he was instrumental in helping take public. Mr. Martinez comes from a military family and served honorably as a platoon leader in the US Army and is a graduate of the United States infantry school at Fort Benning, Georgia. He is involved in various charities and is a proud member of the Ronald Reagan Presidential Foundation’s Professional Advisory Council in Orange County California.

The Reagan Foundation is the nonprofit organization created by President Reagan himself and specifically charged by him with continuing his legacy and sharing his principles of individual liberty, economic opportunity, global democracy and national pride. The Reagan Foundation is a non-partisan organization which sustains the Ronald Reagan Presidential Library and Museum, the Reagan Center for Public Affairs, the Walter and Leonore Annenberg Presidential Learning Center and its internationally recognized, award-winning Discovery Center, and the Air Force One Pavilion.

Mr. Martinez has degrees from Adams State and the University of Denver – in organizational behavior and business, MSW, MA, MBA.