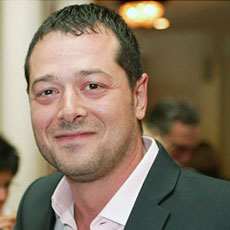 Mr. Garcia has also produced, directed and consulted on many Feature Films,  Corporate & Music Videos, in addition he has been directly involved in software production & distribution, has founded & operated retail channels (online and physical), and to this day continues to be the creative force behind several Films, magazines and books.  Most recently through his firm Impact Future Media www.impfm.com partnership with Equinoxe films he has secured and partnered with John McAfee for the rights and promotion of his life story with the purpose of financing and producing a feature length motion picture, Documentary and Book entitled Running in the Background (Working Title).

Mr. Garcia is a long time friend and partner at Core and responsible for business origination in Montreal, Quebec and Toronto Canada.  He lives in Mont-Tremblant, Quebec with his wife and son.